In July, the Rotary Club of Banff welcomed the world's longest-serving circus ringmaster, when the group hosted Norman Barrett MBE who spoke about his varied career in entertainment.

Zippos Circus invites Rotary Clubs in each town to come to the circus to raise funds for their chosen charities and causes. In this way, Clubs around England and Scotland have raised thousands of pounds with the help of Zippos Circus and through the generosity of our audiences. 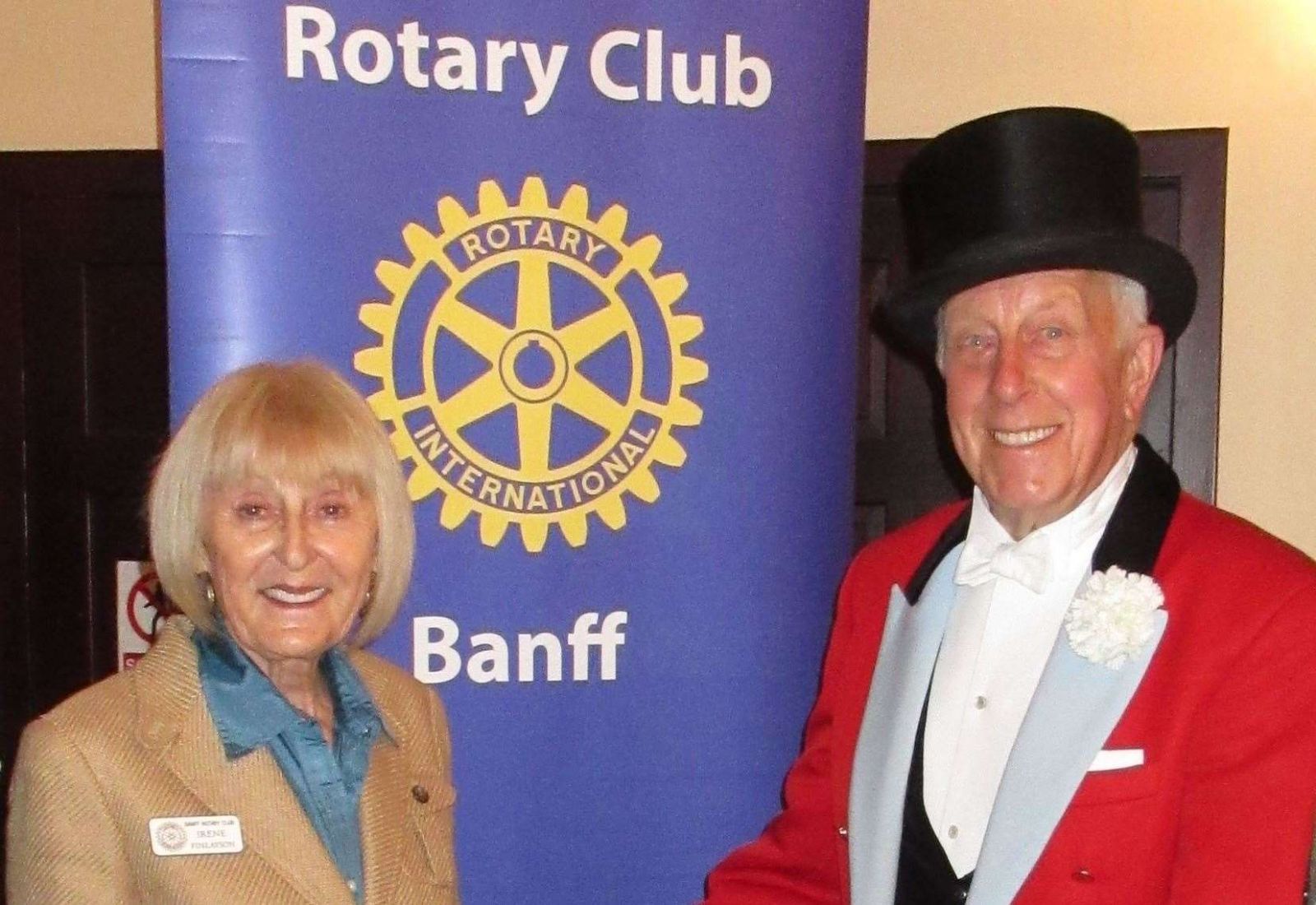 Throughout the year the club welcomes a range of speakers to its meetings. Outgoing club president Andy Simpson said: “We have regular speakers coming to the club from all walks of life. We’ve been fortunate enough to welcome sports-people, engineers and many others over the years, and the truth is if we’re to have a genuine understanding of life right across our community, then we need to connect with as many different people as possible”.

Martin Burton, director of Zippos and resident of Banff was delighted to be invited, along with his wife, and the ringmaster Mr Barrett and his wife.

A representative from Zippos said: “It’s not every day we’re asked to speak at such gatherings, but we had a fantastic evening. I talked a little about a life in the circus, but the real star of the show was our ringmaster, Norman Barrett MBE. For a man in his ninth decade, he has huge energy and drive. The Rotarians were delighted to hear from him, and were astonished when he illustrated his stories by magically introducing a small flock of budgerigars into the room.” The ringmaster had the group in the palm of his hand, they were so entranced by his story-telling.